Located in Shanklin Old Villiage the Theatre is a huge draw the local and national community.

Highlights this year include:

Below is some history of the theatre. 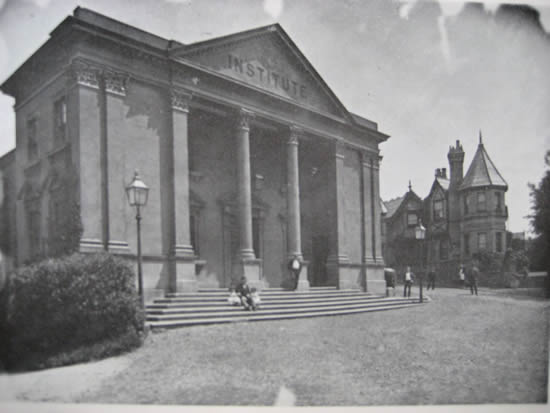 Shanklin Theatre was formerly known as The Institute and opened in 1879. In 1884 new rooms were added, the Reading Room and Amusement Room. Visitors were charged 1d to use the Reading Room and this was housed in the lower section of the building to the right of the main front facade. The Amusement Room had two billiard tables and was managed by the Shanklin Chess Club.

In 1913 the Council ordered that the words Institute and Reading Room be erased from the building and it then became The Town Hall.

In 1925 a serious fire occurred, which seriously damaged the Institute, but not the Town Hall.

In 1929, Shanklin Urban District Council recommended spending £17,000 on structural improvements, but this was amended to £14,000 because Sandown Council objected in view of the proposed amalgamation of both local authorities in 1933.  In August 1932, approval to proceed with reconstruction was given and by the beginning of October work was well advanced on the demolition of part of the old Town Hall. Building commenced in 1933 and on 21st March 1934 the new Town Hall and Theatre opened. It continued to be used as the Town Hall when South Wight Borough Council was created in 1974, but ceased to be an active Town Hall from the formation of Isle of Wight Council as a Unitary Authority in 1995. 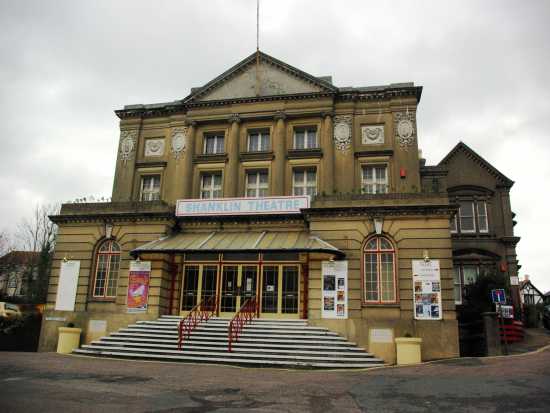 During World War Two the Theatre was used for dances and many other kinds of entertainment.  The Theatre seated more than 700 people but when it was used for dancing, the staff would push all the seats to the side or under the stage to leave a large expanse of dance floor.  In the basement of the Theatre is the lower town hall room, this was used for meetings and as a bar until about 2005.  The Bar has now been re-installed and is currently open an hour before shows and during the interval. Near the Bar is the old Wartime Control Room which is strengthened by large steel girders to safeguard users in case of bombing. These rooms continued to be used by the Civil Defence during the early part of the Cold War with the Eastern Block. Also on this floor, but only accessible from outside, was the Town Mortuary, more recently used as an Internet Radio Station.

After the war the Theatre came into its own with the Barry O’Brien Company putting on repertory plays every week of the summer season, and on Sundays there would be concerts shared with Sandown Pavilion, to include many famous names of the era.  One cast would perform at Sandown Pavilion during the first half, while the other would be at Shanklin Theatre they would  change over during the interval, being shuttled by taxi between the two theatres.   In the winter the local drama groups, such as The Unity Players or The Palmerston Players, would hire the theatre to stage their own productions.   From the 1970’s Shanklin Theatre was the base for the Island Savoyards a local amateur group performing Gilbert and Sullivan Operettas and other Musicals.  The group still performs at the Theatre on a regular basis.  Tickets in those days were sold from the former Box Office, now used as a sweet kiosk, in the front foyer.  In 1992 a new Box Office was created and this is sited to the right hand side of the main front entrance a little further up Steephill Road.  In what was the former Reading Room.

The Theatre remains open throughout the year where it hosts events ranging from a Christmas Pantomime, a professional summer season, local amateur dramatics, a children’s stage school, the Isle of Wight Dance Festival and workshops for visiting school parties. 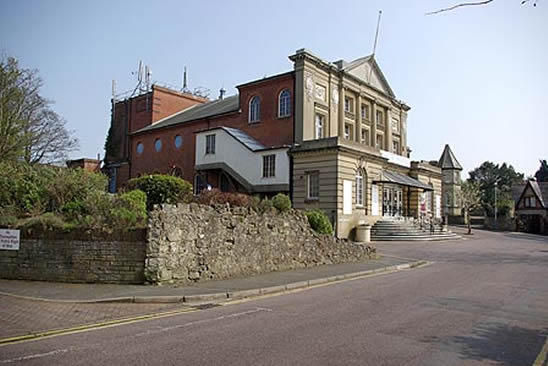